Or more accurately, perhaps, to ask directions. His owner lives elsewhere and her dad was dog-sitting, but Jerome got away and decided to peruse the neighborhood. He was wandering around my drainage ditch eating frogs when I noticed him, which made me believe that either he hadn’t been fed in a while or he had some French somewhere in his lineage. 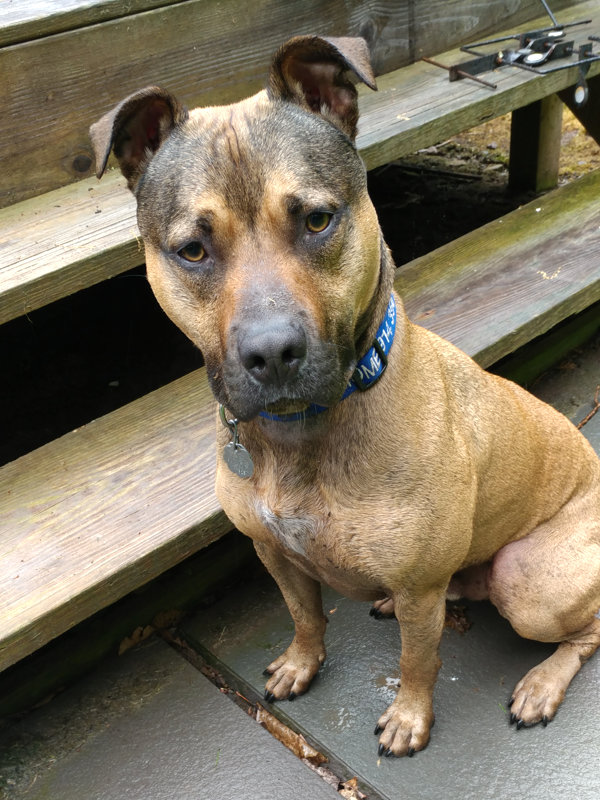 I have to be honest: After spending a few minutes with Jerome, I was kinda hoping I wouldn’t be able to find his owner, because he’s a really great dog. He’s lovable, obedient, and good-natured. He obeyed all my commands as if he were mine. He even stopped eating the frogs when I asked him to. (Seriously.) Now that’s a good dog.

But alas, Jerome had his name and his owner’s cell number embroidered on his collar, so I really had no choice but to call and arrange a reunion.