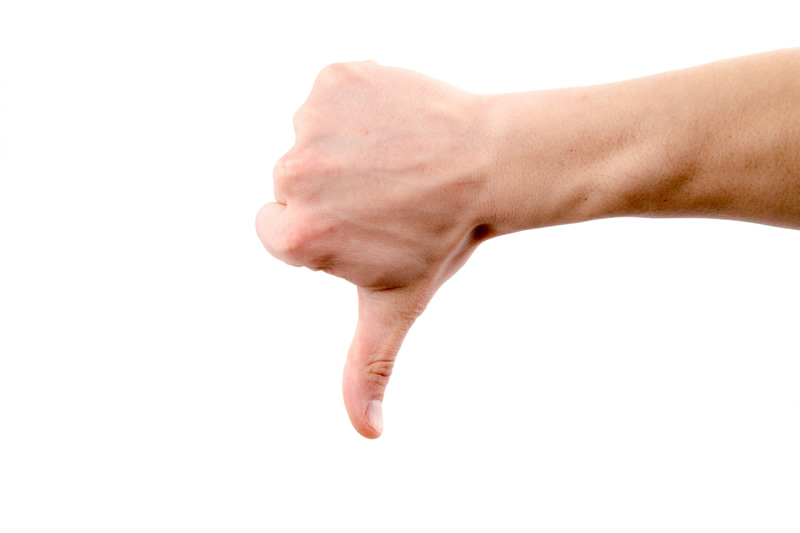 I took out a subscription to DirecTV’s “Now” online streaming service three days ago. I canceled it today and filed a dispute with the credit card issuer. That’s the short version.

The longer version is that in my opinion, this service has great promise, but should be considered an alpha-level project: and I’m not accustomed to having to pay to be someone’s alpha tester.

I wouldn’t even consider DirecTV Now beta level because even beta stuff usually works most of the time. My experience with DirecTV Now was that it was down far more than it was up — and I mean that quite literally. I was only able to successfully start watching a program on maybe one out of every four attempts, and not once was I able to watch a program through to its completion.

Today it was down for so long that I literally couldn’t get a single video to start over the course of several hours of attempts. I just kept getting “Error 40,” which DirecTV describes as a “temporary glitch.”

If the service actually worked even most of the time, it would be pretty decent. It’s basically cable streamed over the Interwebs. You’re still stuck with four shitty channels for every decent one because of the bundling arrangements, but there are enough decent channels that I actually was pretty excited about trying it (albeit also pretty skeptical about how long the promotional price of $35.00 / month for the GoBig package would last). Channel lineup-wise, it’s actually pretty decent. You can see the lineup here.

My main interest was the news programming. They have all the good news stations, so I was pretty excited about that. They also have the cheapest options around to add premium channels, as well as some offbeat movie channels that looked pretty interesting included in the standard GoBig package. I was looking forward to checking them out.

But alas, I never got to do that because the service worked so infrequently.

The other thing that annoyed me was that presumably because they don’t yet support Roku, they’re offering a free Fire Stick to customers who agree to pay a month in advance, and a free Fire TV to those who pay three months in advance. But when I asked when the Fire Stick would be shipped, they told me that it wouldn’t be shipped for at least another two or three weeks. Add delivery time to that, and we’re talking almost a month; so during the month for which I had prepaid, I would only be able to use the service on the Web or the phone — and even then only on those infrequent occasions when it worked at all.

Yet even the shipping delay for the Fire Stick wouldn’t have caused me to cancel the service had the Web service worked even most of the time. One of my Windows laptops has an HDMI output that I could have plugged into the television, in effect using the laptop as the world’s most-expensive streaming box. All I’d have to do would be open DirecTV Now in a browser and use the TV as the laptop’s external monitor.

There would be no remote, of course, so I’d have to get off my fat ass every time I wanted to change the channel. But that might not be the worst thing in the world. I could use the exercise. I’m also not sure whether the surround sound would work that way, nor whether the video would have been in HD; but those limitations wouldn’t have been deal-killers, either. It would have been a temporary workaround. I could have lived with it until the Fire Stick arrived.

The problem was that the Web service didn’t even work half of the time, much less most of the time; so the bright idea of using my laptop as a streaming device was a no-go, as well.

That left the phone app as the only remaining option. For some reason, the phone app would sometimes work even when the Web app wouldn’t. I suspect that might be because the video sent to phones is of lower-quality and/or that there are fewer users connected that way at any given time, thus reducing the load on the servers.

The problem with the phone option was that the DirecTV Android app is one of the most stupidly-designed pieces of software that I’ve ever used. It requires that the phone be held in portrait mode (the interface won’t rotate), but the actual video is rendered in landscape mode across the top of the viewport and can’t be opened full-screen. In other words, the video is oriented crosswise to the screen orientation and is only slightly larger than a postage stamp, even on a phone like mine that has a big screen. How idiotic is that?

After getting nowhere with live chat, and after my messages to DirecTV Now’s Twitter help channel being ignored, I finally got disgusted, logged into my account, and canceled the service after only three days of trying it out. Then I called USAA (the issuer of the credit card I used) and filed a dispute on the basis of the service being not-as-described. Whether I’ll win the dispute or not is anyone’s guess, but I think I have a decent shot. The service, as it stands now, is clearly defective and, for all practical purposes, unusable.

That being said, it does have great promise. Had the Web service worked even most of the time, had they offered me a free month in return for my inconvenience, had they let me pick up the Fire Stick at an AT&T store, or even had they let me be a beta tested for the Roku app that they’re supposedly building, I would have given DirecTV Now more time to prove itself before I gave up on it. It is, after all, a new service, and it could just be experiencing some growing pains. I know all too well that no system runs 100 percent correctly 100 percent of the time. I get that.

But as it stands now, DirecTV Now is simply unusable. Frankly, I would have canceled it even if it were free.

One thought on “DirectTV Now: Not Ready for Prime Time”