I want to preface this post by saying that I’m not a climatologist. Back in 1980, I did work alongside climatologists and meteorologists for a while retrieving weather balloons while out at sea, and our conversations did ignite a lifelong interest in the subject on my part; but I never pursued much in the way of formal education in meteorology or climatology other than a few elective courses in college and the weather information that I had to learn when I was preparing for my FAA knowledge test to become a pilot.

So no, I’m not a climatologist, and I’m not qualified to expound upon the intricacies of climate change or climate cycles. On the other hand, I do think that the training and experience that I have had helps me to understand the subject a bit more easily than most laypeople can. Weather and climate are not the same, but a lot of the factors are overlapping.

More importantly, however, the fact that I’m neither a Republican nor a Democrat frees me from the political perversions of the science that plague both sides of the argument and are, in my opinion, the most serious climate threats to humankind. Politicians, more than any other group, are preventing us from properly addressing the issue of climate change and coming up with effective, workable solutions. We need a more level-headed approach to the problem that puts science ahead of politics. 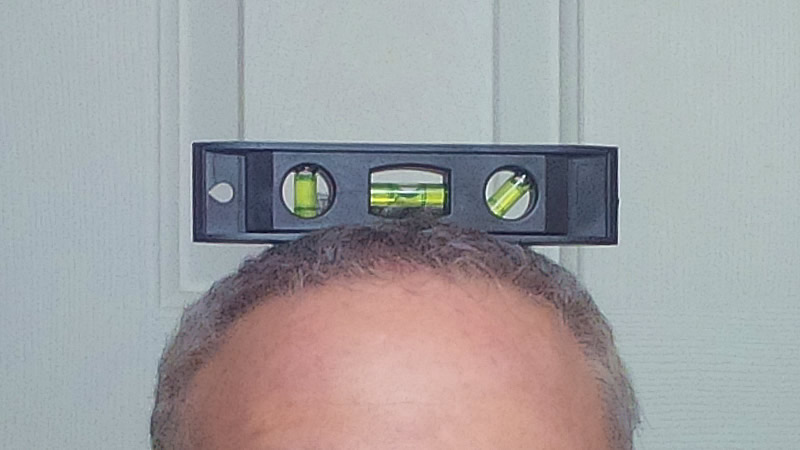 Unfortunately, politicians on neither side of the aisle seem willing to put aside their respective constituencies’ self-interests long enough to look at the problem in a politically-detached way. Even more unfortunately, I suspect that that will remain the case until it’s too late to do anything about it. The earth will live on — it always does when we get out of the way — but the human specie may not.

The biggest problem is that both sides ignore those realities of climate change that are not in their own self-interests. The Right scoffs at the computer models that strongly suggest that human activity is part of the problem, and blames the whole phenomenon on natural cycles. The Left, on the other hand, almost completely ignores natural cycles and blames climate change solely on human activity.

The truth, of course, is in the middle. I’m familiar enough with computer modeling to believe that the models that are the basis for the “consensus” position are close to accurate. They may not be perfect — computer models rarely are — but they certainly suggest that humans are part of the problem. But there is also superabundant empirical evidence that the earth has gone through these cycles before, without human input, and that the naturally-occurring operative factors behind the cyclical nature of climate change are still at work.

In other words, even if the entire human population were to get on a spaceship and leave the earth, the cycle would continue. There is nothing that we can do to prevent the cycle. But human activity is accelerating the cycle by adding to the naturally-occurring greenhouse gases that are the cause of both natural and man-made climate change.

In fact, if one examines both the empirical natural history evidence and the computer models with an open mind free of political partisanship and self-interest, it becomes clear that there is nothing we can do to stop the cycle. There’s a hell of lot that we could and should be doing to slow it, but we can never stop it. That, I believe, is the level-headed position, and it is the one that I believe should be the basis for our policies.

Politicizing and polarizing the argument, on the other hand, has resulted in a number of crimes being committed against humanity by both sides of the debate. In my opinion, the worse offenders are actually on the Left, which is kind of ironic because in terms of science, the Left is closer to the truth than the Right is. The Left doesn’t outright deny cyclical climate change, for example. They minimize it and sweep it under the rug, but if pressed, even the most left-leaning climate scientists will admit that natural cycles have something to do with the problem. They just don’t talk much about it.

Not that the Right is innocent, either, mind you. By completely denying the validity of the computer models and actively opposing wind, solar, and other sustainable energy sources to replace petroleum and coal, the Right is actively accelerating climate change solely to protect the interests of their own political constituencies. That’s unconscionable. But that’s also their only crime. It’s a whopper, but in terms of sheer numbers, the Left commits far more crimes against the earth in the name of saving it than the Right does.

For example, by minimizing and ignoring for all practical purposes the ongoing cyclical nature of climate change, the Left fosters a false belief that if we simply stop producing greenhouse gases, the cycle will be arrested, and we can all live happily ever after. That’s simply not true. We can slow the cycle, but we can never stop it. To believe that we can is simply delusional.

In practical terms, that means that we need to be fortifying or relocating low-lying coastal communities. In some cases we might be able to build seawalls, but in other cases entire communities will need to be abandoned and the people and businesses moved to higher ground. Those areas will be underwater at some point no matter what we do in terms of curbing human emissions, and denying that reality is just as much a crime as denying the scientific models.

Another obstacle to our survival in the face of climate change is wetlands protection and other wildlife laws that sometimes make it impossible for flood-prone communities to implement plans to control flooding by draining swamps, building spillways, and otherwise diverting water from populated areas. I like wildlife as much as the next guy. But at some point, we have to put humans first. The animals will find another swamp.

We also need to be developing hydrogen energy, which is another touchy subject for the Left because practically all of the existing hydrogen infrastructure is owned by the petroleum and natural gas industry (hydrogen is a by-product of their processes), and the Left doesn’t want to implement any changes that might benefit those companies in the short run. That’s just silly. Hydrogen could well be the ultimate solution to both our energy and climate-change problems, and opposing it just because we don’t like oil and natural gas companies is idiotic and self-defeating.

I don’t like oil and gas companies, either. But hatred of any group — even Big Oil — is never a good basis for public policy.

Speaking of natural gas, opposition to natural gas mining and pipeline expansion is another self-defeating policy of the Left. By way of illustration, I live in a rural area that is not served by a natural gas line. As a result, most people here use either propane or fuel oil to heat their homes, often supplemented by wood.This is a bad situation that natural gas could help alleviate if the Left weren’t so opposed to it.

Oil, of course, is a dirty fuel that’s also a finite resource. Burning it for heat is just idiotic. We should be preserving petroleum as much as we can because we can’t make any more of it and we need it for many uses other than as fuel. Propane burns pretty cleanly, but it’s expensive and needs to be transported to homes in trucks that burn diesel, belch smoke, and get about 4 MPG. And wood, of course, is the dirtiest fuel of them all in terms of carbon emissions. Although the left likes to call it “carbon-neutral” so as not to alienate their off-the-grid niche constituency, the truth of the matter is that regardless of over how many years the carbon was sequestrated in the trees, it’s being released today. To call it “carbon-neutral” is just politically-motivated bullshit.

A natural gas company has been looking to run a small pipeline along a 23-mile section of road near me for more than a decade, but Left-wing protestors have succeeded in stalling it. That pipeline would enable perhaps a hundred thousand people along tits length to switch to natural gas, potentially reducing carbon emissions by millions or billions of metric tons. But we can’t have it because a bunch of Lefties who hate fossil fuel companies won’t allow it. It’s another example of the Left’s self-defeating stance based on the politics of hate rather than common sense. Natural gas is not a perfect fuel nor a permanent solution. But it would make a hell of a stopgap.

Sometimes I think that God needs to reach His hand down and bang the politicians’ heads together, like the nuns at my Catholic elementary school used to do to us kids when we were fighting over something stupid. If we would take politics out of the global-warming equation and adopt a level-headed approach to the problem, I think we might be able to extend our time on this planet for another few generations. But the way things are going now, I think we’re probably doomed. The planet will survive. It always does. But as long as the politicians on both sides of the aisle put their own interests ahead of science and common sense, I’m not sure that we will.