Like most men, I basically hate grocery shopping. I think shopping for groceries is a woman’s job. Men are hunters. Women are gatherers. That’s how nature intended it, and crossing the boundaries established by nature is unnatural and possibly sinful. It’s really that simple.

Being presently unattached, however, I found myself facing a thorny dilemma: As much as I hate grocery shopping, I hate starving even more; and short of planting a farm and living off the land — something for which I’m way too lazy — that means that I have to go grocery shopping.

Fortunately, I’ve found the solution to my dilemma: Just make a sport out of it, and grocery shopping becomes an acceptable male activity. But it can’t be just any sport. It has to be a sport that emulates war, like football, rugby, or ringolevio (if you’re from Brooklyn, you’ll know what that is), not a wimpy sport like pickle ball, badminton, or (heaven forbid) shuffleboard. The relationship between vendors and consumers is a war, and Guerilla Grocery Shoppers have to be warriors.

The basis of Guerilla Grocery Shopping, therefore, is to save money by approaching the chore of shopping as both a war and a sport. The companies that manufacture the food are the enemy, and the supermarket is the playing field. The goal of the game is to walk out of the store with a reasonable degree of confidence that the manufacturers lost money on your visit that day. This is accomplished by buying only items that are on sale. The threshold for winning a game is to save 33 percent on your entire bill for that visit. If your register receipt shows that you saved at least 33 percent, you can chalk it up as a win. If not, then you’re a loser. 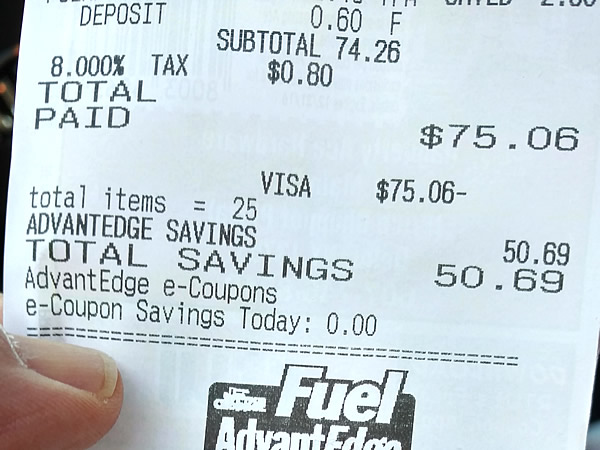 Another rule of the game is called the “Full-Price Override,” which states that you can never — NEVER — buy anything at full price. If you pay full price for something, then your entire shopping trip is chalked up as a loss by forfeit. Furthermore, if you pay full price for two items in one visit, then you’re suspended from Guerilla Grocery Shopping for the rest of the season (in addition to being a miserable failure).

What you have to understand is that all that Supply and Demand shit you learned in high school Economics is very real. In a free-market economy, consumers ultimately set the prices by deciding how much they’re willing to pay for a particular item. So if you pay full price, then you’re not only letting the manufacturer win, but you’re a traitor to the whole free-market economic system because the nature of how it works gives the consumers the power to set prices. Those who choose not to exercise that power are miserable losers and traitors to the cause.

Look at it this way: Full price is what the manufacturer wants for the product. Your job as a consumer is to say, “Hell no, that’s way too high,” and walk away. Then wait until the product goes on sale, and buy a shitload of it at the sale price. Buy as much as you possibly can when it’s on sale. Rent a truck or buy a freezer (when one is on sale, of course) if you have to. In short, when prices are low, stock up by whatever means necessary. 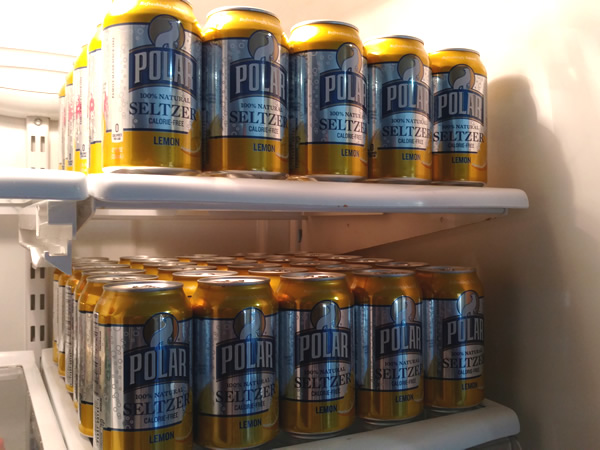 And then when the sale is over, don’t buy that product again until the next time it goes on sale.

Aside from it being one of the rules of the game, there’s another good reason for never paying full price for anything. This is the age of data, and the manufacturers knows exactly how many people paid exactly how much for every single item that they bought. This is one of the conditions that manufacturers impose upon retailers when they sponsor promotions. They deep-discount the wholesale price for the duration of the promotion because they want people to try the product; but they also want to know how many people bought the product at the lower price, and how many units each person bought.

The reason they need this data is to decide how much to charge for the item. They want to maximize their profits, and to do this they have to balance the effect of pricing on sales. It may be that by lowering the price, demand will go up enough that they actually make more money: and that’s exactly the message that we want to send them. By never paying full price, but buying as much of the item as the store will sell us and we have room to store when it goes on sale at a deep discount, we’re telling manufacturers that if they lower the price, we’ll buy more of their stuff.

Of course, that’s not completely true. In fact, it’s an outright lie. If they lower the regular price, Guerilla Grocery Shoppers still won’t pay full price. We are never allowed to pay full price, no matter how low it goes. As long as we’re paying what the manufacturer is asking, we’re paying too much. Full-priced means overpriced, no matter how low the manufacturer sets it.

Remember: This is war. Manufacturers want you to pay the most money for the least stuff. Your goal, on the other hand, is to spend the least money for the most stuff. And the best way to do that is to never pay full price. If you learn nothing else from this post, learn that.

Some people might suspect that I’m some kind of Communist who hates food manufacturers because I’m always trying to screw them into losing money on me. Nothing could be further from a truth. I’m a committed free-market capitalist. Hell, I even own shares in some of the companies that I screw. That’s because when I go shopping, I’m a consumer, not a shareholder; and as a consumer, I’m a merciless cutthroat. That is my duty. That’s what Guerilla Grocery Shopping is all about. That’s how we fight, and that’s how we win.

As a capitalist, on the other hand, I rely on the lazy shoppers to make money for me. I both love and despise them. I love them because they’re sheep who will pay whatever the companies in which I own shares ask for the crap that we sell. But I also despise them because they’re passive, pathetic, and pitiful. They aren’t even worthy of being in the same supermarket as Guerilla Grocery Shoppers. The supermarket is our playing field, and pushovers don’t belong there. They belong in the toddler section of the playground sucking their thumbs and peeing their pants, not getting in the way of the big boys doing battle on the gridiron.

All that being said, there actually are a few exceptions to to the “never pay full price” rule. One is when shopping at wholesale clubs like Sam’s Club, BJ’s, or Costco. Those stores generally make their money on the membership fees and mark up the prices on products only enough to cover their costs. They literally can’t lower their price on an item unless the manufacturer sponsors a promotion (which, of course, you should always look for) because they’re already selling their products at cost plus overhead. They can’t reduce their prices any further.

Because of the way wholesale clubs work, they also are not considered suitable playing fields for Guerilla Grocery Shopping. At most, they can be considered exhibition venues. You can’t play sanctioned games there, but if you want to tweet a picture of the great deal you got on 93 percent lean ground beef at Sam’s Club (which was selling for $2.79 / pound the last time I was there), then by all means do so. We all love a good deal. But it won’t count toward your standings. Sanctioned games can’t be played at wholesale clubs, period.

The other exception to never paying full price is when the life or health of a human, pet, or livestock animal is at stake. If a human or domestic animal will die, their health will be significantly impaired, or they will suffer great pain unless you make a full-price purchase, then you may do so. These purchases, however, may be reviewed by the Compliance Committee of the International Guerilla Grocery Shopping League, and if an investigation concludes either that the circumstances didn’t justify the full-price purchase, or that a discounted price was available within a reasonable distance, it may result in disciplinary action up to and including permanent expulsion from the Sport.

In other words, you’d be like the Pete Rose of Guerilla Grocery Shopping.

Uh oh, I have to go. I just got word of an unannounced flash sale at a local big box store, so I have to get my game face on and head out there.